What is Trending with Dr. Josh?

Josh Klapow, Ph.D., Clinical Psychologist is unique to his field.  As a Clinical Psychologist, Behavioral Scientist, Lifestyle and Performance Coach and Psychological Correspondent, he is often quoted in published articles, heard on the radio or seen on television.  View this page to keep up with Dr. Josh's timely advice regarding current events and learn about his latest projects. 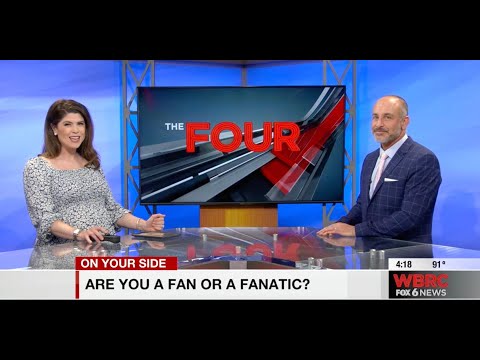 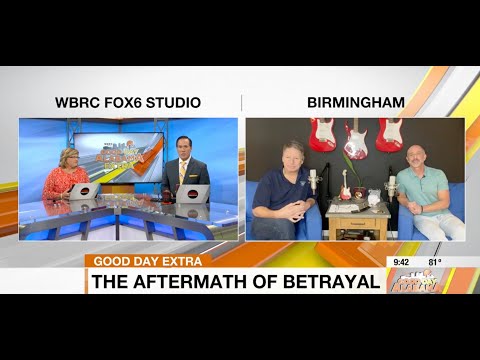 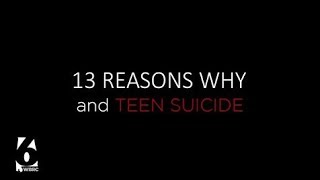 13 Reasons Why: What Every Parent Should Know and Talk About to Their Teen

Dr. Josh discusses in long format the Netflix Series "13 Reasons Why" and teen suicide. What every parent should know and talk to their teen about. #suicide #teens #Parenting #13ReasonsWhy #WBRCFox6

13 Reasons Why: A Kurre and Klapow Show Podcast

From the Kurre and Klapow Show. 13 Reasons Why, The Netflix series that looks at teen suicide in a very unique way. Are your teens watching? Do you know about the show? Dr. Josh and Tony Kurre discuss teen suicide and why parents need to not be in denial. #WebWisdoms #Relationships #KurreandKlapowShow #Teens #Suicide

A old school friend, a friend of a friend, maybe even a celebrity. Can you really do anything when there are troubling statements being made via social media? Pete Davidson made a disturbing post on Instagram. A cry for help? What can you do? Dr. Josh sits down with Bustle to offer suggestions. #Relationships #WebWisdoms #Suicide #socialmedia #PeteDavidson #KurreandKlapowShow

What happens to a kid when a parent commits suicide? Wednesday Afternoon In Cape Town

What Does It Really Mean To "Battle" A Mental Illness?

Attorney General of Alabama, Steve Marshal, released a memo over the weekend noting that his wife and the mother of their daughter had died after a "long battle" with mental illness. While the State grieved their sudden and tragic loss, Dr. Josh joined Matt Murphy to discuss mental illness, the impact on families, and what it really means to "battle" a mental illness. Listen to the podcast here. #mentalillness #suicide #health #SteveMarshall

Anthony Bourdain commits suicide and actor Val Kilmer has some very strong words to offer in his passing. The topic hit a nerve with Dr. Josh. He and Tony Kurre discuss in this K & K Reflections Podcast. #relationships #suicide #psychologicalimpact #ValKilmer #WebWisdoms #KurreandKlapowShow 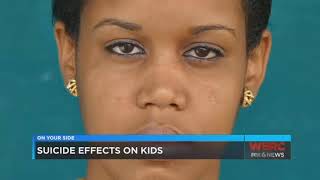 What Happens To The Kids When A Parent Commits Suicide?

Suicide is a devastating situation for any family member or friend to comprehend. But what happens to children whose parents commit suicide? Dr. Josh sits down with Fox 6 News to explain. #suicide #kids #psychologicalimpact #WBRCFox6

As rates of teenage depression and suicide continue to rise, parents and adults must become much more knowledgable about both. Dr. Josh joined Ericka Wood on Talk 99.5FM for a candid discussion on the warning signs, the communication strategies, the fears that drive parents into denial, and how we all can become more comfortable with this topic none of us wants to imagine could happen. #teens #depression #suicide #parenting #communication #warningsigns

The Opioid Crisis Is More Than An Addiction Problem

Chronic pain, post operative pain, depression, suicide, coping, dependence. It is incrediblly complex. Dr. Josh and Tony do a follow-up discussion on this Web Unprotected Podcast from The Web Radio Show with Kurre and Klapow. Listen LIVE to The Web with Tony Kurre and Dr. Josh Klapow as they untangle relationships one strand at a time. For more information check out www.thewebradioshow.com. #opioids #Relationhips #suicide #chronicpain #addiction #WebWisdoms

Do You Know The Difference? It Could Save A Life.

Dr. Josh joined Bree Sison and WBRC Fox 6 News with a clear message. Know the signs and symptoms of depression. With several suicides recently reported it is critical to understand when someone may be exhibiting the signs of depression. Here's what you need to know in under 4 minutes. #depression #symptoms #treatment #suicide

When A Suicide Is Streamed Live

Dr. Josh joined Fox 6 News to discuss the challenges of preventing or intervening on a suicide via social media. A very important topic and one that the public needs much more information on. #suicide #suicideprevention #livestream

No pun intended. Dr. Josh joined The Matt and Aunie Show for his regular spot, but a local tragedy changed the conversation. Listen as he discusses suicide and depression with Matt and Aunie. #politicalpsychology #suicide #depression #Talk995FM

Chris Cornell, Suicide, What We All Need To Know

Dr. Josh broadcasted live from Soundgarden two weeks ago. Neither he nor co-host Tony Kurre ever imagined it would be one of Chris Cornell's last concerts. to talk about his death, about suicide and what all of us need to know. #suicide #chriscornell #WBRCFox6

I'm Depressed and No One Get's It

In hour two of The Web Radio Show with Kurre and Klapow. Dr. Josh got a phone call from a listener who tried to explain how she felt about her friends who simply didn't understand what she was going through with her depression. This sparked more calls about depression and suicide. Being brave enough to talk about depression and thoughts of suicide with loved ones is a critical step. Have a listen. Listen LIVE to The Web with Tony Kurre and Dr. Josh Klapow as they untangle

Dr. Josh and co-host Tony Kurre broadcasted live from the Soundgarden concert in Tuscaloosa, AL May 7th 2017. This footage captures the moment as the guys took in Spoonman during a commercial break. No one knew this would be one of Chris Cornell's last performances. #soundgarden #chriscornell #music #death #suicide

Bill O'Riley and Suicide Humor? Deep In Your Head With Dr. Josh on Talk 99.5FM

From Bill O'Riley to the suicide of Aaron Hernandez to jelly bean obsessions. Dr. Josh got deep in the head with Richard Dixon on Talk 99.5FM. #BillORiley #Suicide #AaronHernandez #Talk